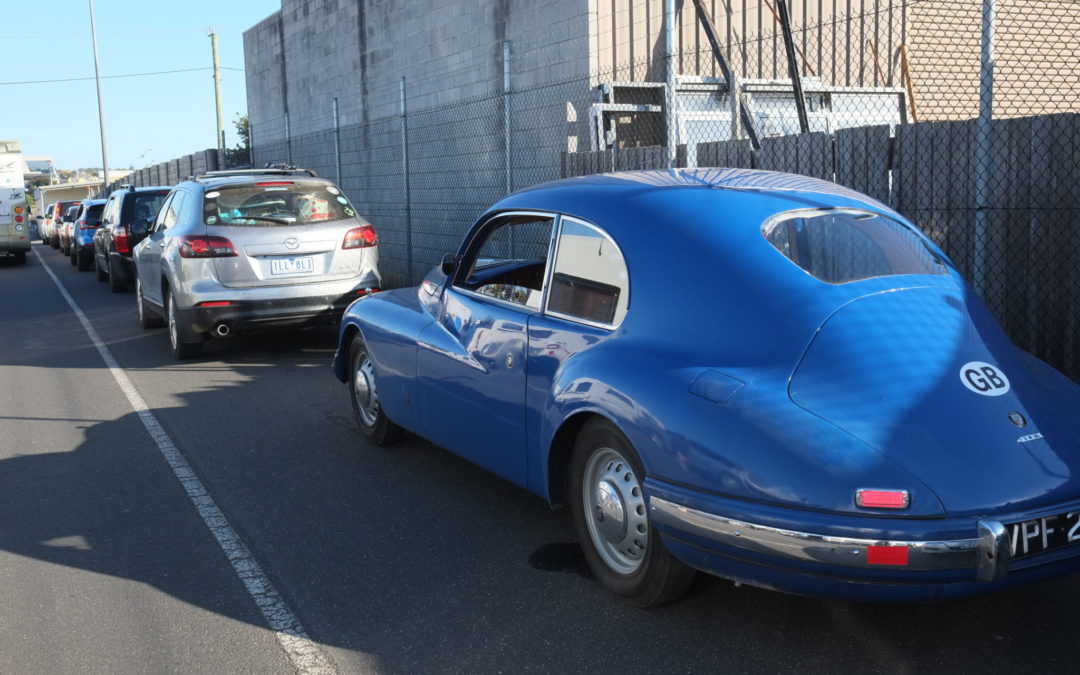 Set off at 7am from Launceston to catch the Ferry from Devonport Tasmania to Melbourne.  We spent as long queuing to board the ferry as we did driving the 60 miles from Launceston, this certainly tested the cooling system on the Bristol as the ambient temperature was already 25 degrees Celsius.  First time I’ve seen the oil temperature get up to 80.  VPF220 does not have an Oil cooler or electric fan so the hour stop/starting was a concern.

The ferry crossing was smooth but tedious, we disembarked at around 19:00 and headed straight to the RACV Hotel in central Melbourne for the first of three nights in the city.