History of the Bristol 403

The Bristol 403 is a luxury car which was produced from 1953 to 1955 by British manufacturer Bristol Aeroplane Co. (whose car division later became Bristol Cars). The 403 was the third of the eventual five series of Bristols powered by the BMW-derived pushrod straight-six engine. It replaced the Bristol 401 and 402 in 1953 and continued in production for two years.

To cope with this increased power, an anti-roll bar was fitted on the front suspension and improved drum brakes known as “Alfins” (Aluminum finned) were fitted. Early models had them on all wheels, but Bristol thought the car was over-braked and they were thus restricted to the front wheels on later 403s.

The 403 was the last Bristol to feature a BMW-style radiator grille. It is also noteworthy for having two extra headlamps at the side, almost pre-dating the adoption of the four-headlamp layout in larger cars (Bristol themselves adopted it with the 411 in the late 1960s). 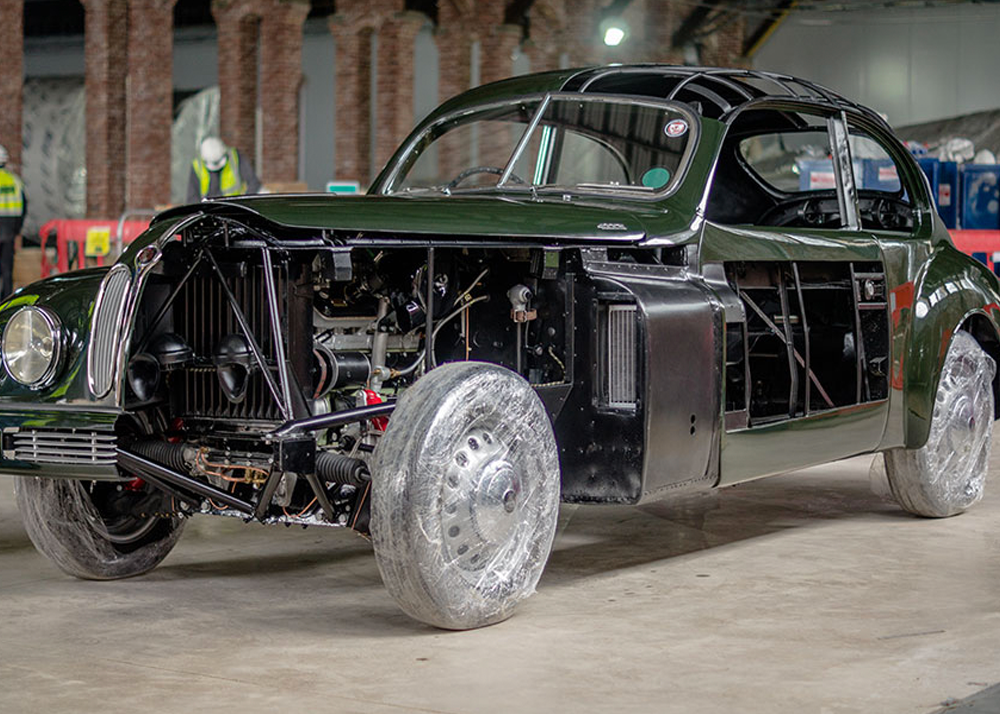 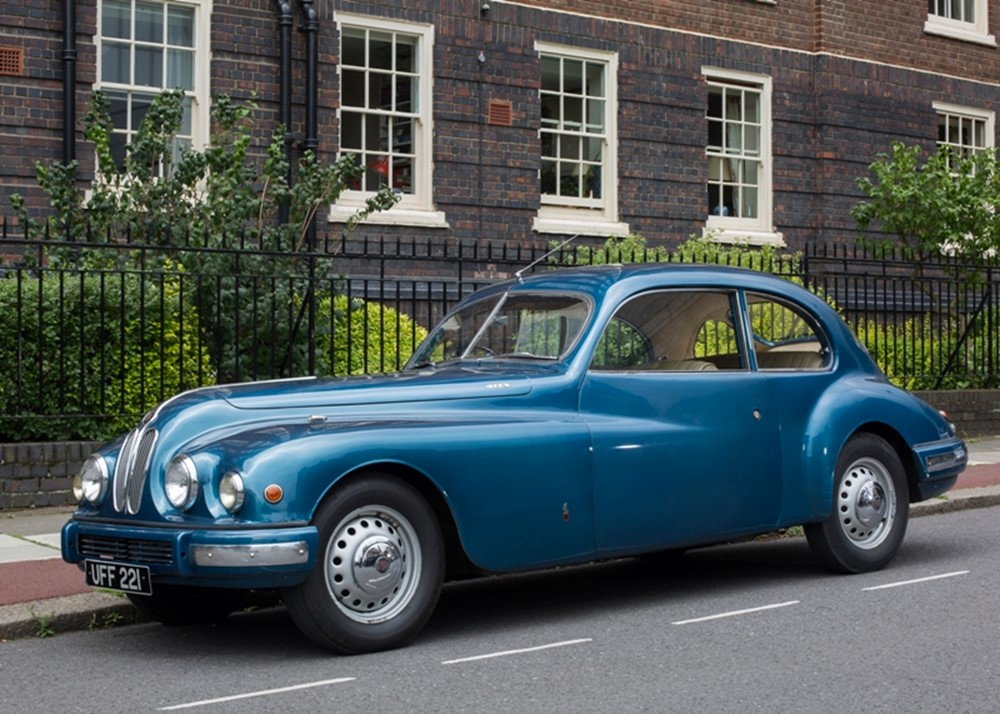 The Bristol automobiles were designed in a wind tunnel meaning there are no exposed door handles; rather push a large button in the door and it opens. The body was constructed of a steel tubular frame with an aluminum body. The Bristol Cars Company was created by the Bristol Airplane Company which is evident by the quest for aerodynamic designs. With their experience in designing airplanes it was only natural that the technology and mechanics utilized their aviation experience.

The first Bristol automobile was the Bristol 400 created in 1946. The Milanese designer, Carrozzeria Touring, had inspired the Bristol’s body. He had also been instrumental in creating pre-war designs for the BMW 328, the very car on which all early Bristols were closely based upon. The early Bristol models used a BMW 326 chassis and a BMW 328 engine. The bodies were similar in design to the BMW 327.The Bristol 400 was produced from 1947 through 1950. It had very strong similarities to the BMW models, even imitating the radiator grille. The second series, the Bristol 401, was created from 1948 through 1953. The 402 was a convertible built on the 401 chassis and designed exclusively for the rich and famous. The convertibles hoods conveniently stowed behind the seats out of eye’s view and the trunk provides ample cargo space, regardless of the room taken by the convertible top. The windows were wind-up rather than side curtains. The 2+2 configuration was sporty, but the rear seats provided little room for their passengers.

The interiors were plush with leather interior, ivory buttons and a curved dashboard. The two-door sedans had wood for the dashboard. The transmission is operated through a floorshifter. Under the hood lurks a powerful 2 liter, six-cylinder BMW engine with 3 downdraught Solex carburetors and pushrod-operated overhead valves. During the production run, there were around 23 convertibles created with only 13 accounted for in modern times.

The Bristol 403 were built from 1953 through 1955. They are distinguished by a long, flowing hood with four lights mounted cleanly on the front of the vehicle. The body is complete and the lines are clean. The round wheel arches continue the sculpted body design, free of gaps, and gently covering the large wheels. The Touring design is amplified in the Bristol 403 and draws strong inspiration from the early BMW pre-war models. The long hood quietly hides the 2-liter BMW straight-six engine. With its 100 horsepower output, the 403 could go from zero-to-sixty in around fourteen seconds with a top speed of around 80 mph.

These performance figures are not astounding, even the Bristol 401 was quicker. The aerodynamic body and potent engine were not enough to combat the weight of the vehicle. Still, the Bristol 403 was a magnificently designed vehicle in regards to artistry and aerodynamics. With around 281 examples of the 403’s created, their exclusivity is forever guaranteed.

Ultimately, the Bristol is the result of a superior German BMW engine, Italian coachwork and aerodynamic efficiency.