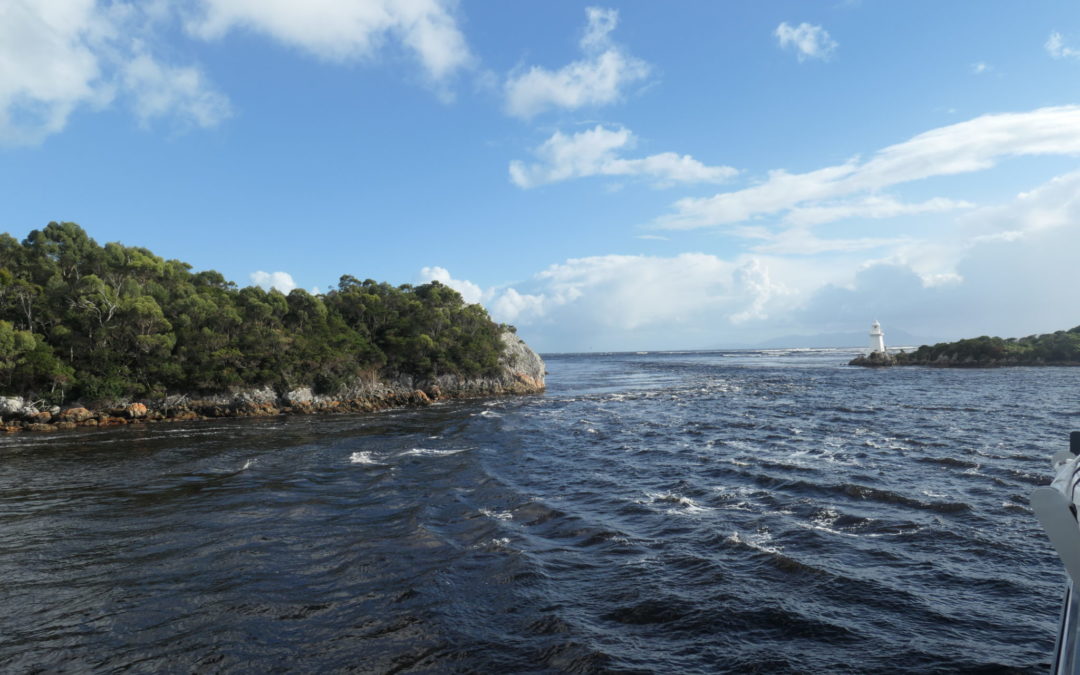 Here are my memories from the cruise we took up the Gordon River.  It is really hard to choose only a handful of photos to give you a good impression of the whole day.

Setting sail from Strahan with the motors on full to get to Hells Gates.  It doesn’t look too rough in the photo but we were all advised to sit down or hang on very tight as the ship turned because of the waves you can see in the shot.

The water in the river as we went inland became very calm and black, stained by of tannins from a grass. The ship turned off its engines and proceeded using battery power.  We were told about a sea eagle flying in front of the ship, which I saw but was unable to photograph because I was trying to capture images of a what I was told was a young sea eagle, which hadn’t yet developed its white underbelly.

At last I managed to get my first decent macro shot (very exciting!), this time of a fern on a short walk we took into the rain forest.  They get approximately one and a half metres of rain there a year, and I can vouch that the trees drip even when it isn’t raining.

Finally, we stopped off at Sarah Island to be given a tour and explanation of the life led by the prisoners who were held there, and told about those who managed to work the system and those who made their escape. The photo shows the rainbow we saw, caused by one of the many showers that interrupted the sunshine during the day. 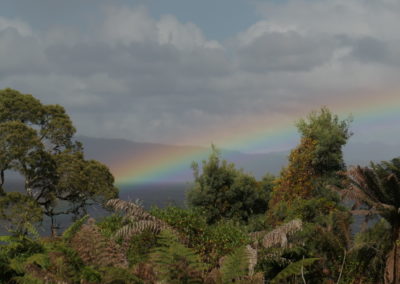 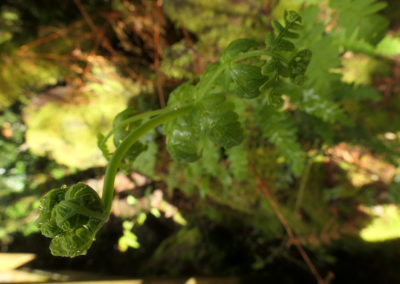 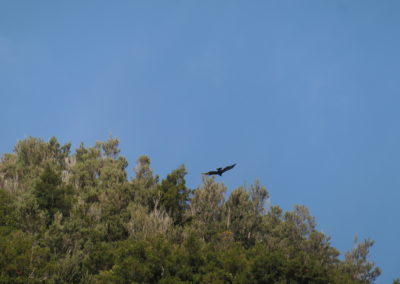