I started by looking over the original engine which although complete did not have any spark plugs fitted, apparently an attempt was made some years before I bought the car to free up a light seizure due to standing, unfortunately the plugs were not put back after the initial inspection so further corrosion occurred. 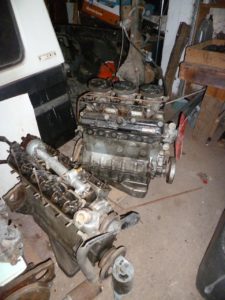 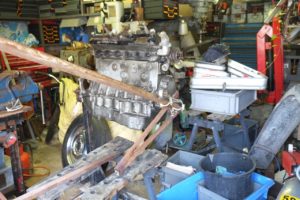 As part of the deal I had with car I got a later 110 engine, this was as removed from a 406 and was not seized.  After much thought and discussion with those in the know I decided to use the 110 engine with a view sorting out the original 100A engine at a later date.  As I took the 110 engine apart various issues came to light, the main one being a well worn crank and a cracked rear bearing cap.  The main bearing clearance had opened up such that the oil scroll at the flywheel end of the crank had picked up on the main bearing cap and caused blueing and a hairline crack.  The crank was already at -010 (well more like -0115) so had already seen a rebuild and this was further apparent when I encountered a non standard nut on one of the bigend caps, someone had managed to force a unf nut onto one of the studs! 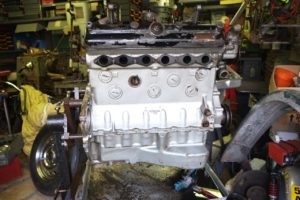 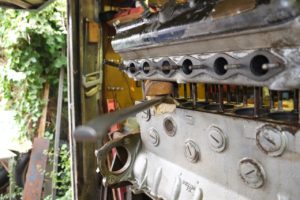 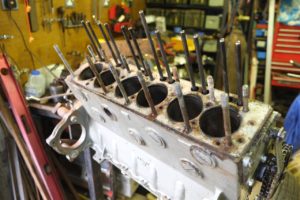 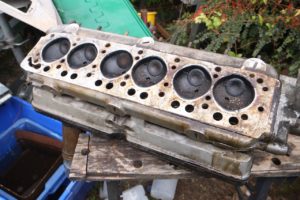